Millions of people believe that life continues once we transform from this physical body to the next world. I truly believe this myself and have had proof that those who have passed on can sometimes communicate a message to us that they are ok. I know my brother did, all those years ago and I still can remember it exactly as if it was happening right now.

A few days after Gary died, just before his funeral, his spirit came to visit me. I was in bed, crying. I was awake and alone. Suddenly, like a video, a vision played in my mind. It was so vivid that I knew I was absolutely not dreaming. At the time I was awake. I heard a voice, so clear, that it sounded as though it were coming from inside my head. I heard Gary’s voice say, as clear as a bell, “Debbie, I’m OK.” It startled me. I heard it with my ears but also from inside my head.Then I had a vision; I saw myself and I was on a bench with my head in my hands, crying. I looked up and Gary came toward me, smiling like I have never seen him smile before. I felt elated. He was wearing black jeans and a jumper with a diamond on it. The top half of the diamond was white and the bottom half was black.

Gary, was made of light. He sat next to me and put his arms around me. He nodded his head and winked with a half-smile, a characteristic of his in life. He telepathically conveyed to me this message: “Everything you believe in life after death is true; I am really happy.”I can’t stress enough here about this telepathic message. It came across to me so strongly, it was as if I heard him say the words. But he didn’t have to speak.

This type of communication in the spirit world is often relayed by people who have had a near-death experience. I must insist here that this was not a dream I have never forgotten it after all this time, and I can recall it at will, something I can’t normally do as I don’t visualize very well. That vision gave me so much strength that I think without it, I may very well of chosen suicide myself. Even though I did believe in life after death, I was so distraught. I just couldn’t accept that Gary was gone.

Photo: Gary Steven Doran (my late brother). You may use this photo has long as it links back to this website and credited to Gary. Gary was a talented artist.

Fast-forward to the next year, on my birthday. I awoke a 4 a.m., and my room was filled with the exquisite scent of Jonquils, my favourite flower. There were no Jonquils in the garden or anywhere around at this time.

I believe that spirits can also talk to us in our dreams; a few years after that incident, I was in bed asleep. I woke up at 5.30 a.m. with my pillow saturated from my tears. I had cried because I had a lucid dream which, to this day, I can still vividly recall. I woke up knowing and feeling I had been with Gary; I just knew he had visited me again. The following is an account of my dream that night.

I am a pallbearer again (as I was at Gary's funeral) and there are five coffins. I feel strange that there should be five coffins, as there are five of us left in the family. It’s weird that my dad and my brother's Kevin and Eamonn are in the front pew. There are other pallbearers, but I can’t recall who they are. Two rows of people are sitting on the altar, including my mother, who looks young and happy. Gary is standing up in front of them. He looks exactly as he did in life, wearing a white T-shirt half hanging out of black jeans. He still looks so scruffy, but the main difference is that he looks so happy -– he looks truly elated. I’m crying because I have to take these dead people up to be cremated. Gary starts jumping with joy, and the rows of people behind him, even my mother, joins him – they start chanting with their arms in the air. They start shouting, “bring those coffins up here, bring them up because they are about to know happiness like they have never known before.” Gary is still jumping with joy, and I realize that the dead people are so lucky to be going home to paradise. Dad is crying. I deliver my coffin to the altar and sit next to Dad with tears in my eyes, too. I say, “Don’t cry Dad, don’t cry! I just saw Gary up there, and he told me that life goes on.” At the time of the dream, mum was very much alive and I knew somehow she would be the next family member to pass. That unfortunately came true in 2015, and funnily enough that dream still gives me comfort, knowing that she must be with Gaz and ok. I was also a pall bearer at mum's funeral.

I have had many other little signs from him since, and nothing, absolutely nothing can change my belief that this life here is just a school. Like any school, sometimes it can be tough, and yes, we fail at many exams, but the rewards for being a loving Human Being will be given to us at the end of school which is the day we die.

The next time I saw Gary in spirit, he came to me in a dream. I don’t often remember my dreams -- except for any I have of Gary. I was going through a hard time in my life. I had been suffering terrible pain from a root canal, abscess and a condition called TMJ, which is extremely painful. The pain was nearly unbearable. I remember thinking I would rather die than suffer pain like this day and night. I was not able to eat, I couldn’t work, and I cried a lot. I ended up in the Emergency Department for 12 hours on strong painkillers. The pills didn’t stop the pain, but they made me drift in and out of sleep, which at least gave me some relief. They diagnosed me with TMJ and also put me on medication. Before I was admitted to the hospital, I had some physiotherapy on my mouth, which my dentist thought would help. On the way back from the physio, I decided to buy myself a pet budgie. I felt I needed a pet. I am not a fan of birds being left in cages, so I decided to train mine immediately to it could perch on top of the cage. It only took a few days for this bird to learn to stay on top of the cage. A week after I bought Coyote (the budgie), I had a dream about birds: There were a few birds all lined up, and they were quite scruffy and dirty. Then I saw the most vivid picture of Gary’s face. It was like seeing him in person. He picked up one of the dirty birds and held his face against it. The look on his face was one of pure, unconditional love. I realized that he was showing me that though the bird was dirty and not as pretty as the others, it didn’t matter; he loved the bird unconditionally.

When my mum passed away, a few days after I felt someone sit on my bed. I was alone yet not scared, I didn't see anyone but I felt mum looking down at me. It was a very strong feeling.

The other night I had a dream about mum, and I felt that I had been with her, it was weird waking up realising that she was not here in this world anymore, but that dream did give me a lot of comfort.

I think the most profound proof I have had was in 2007. I had a psychic reading with Michael Wheeler from Psychic Oranges. Michael read for me on the phone and amongst many other things that he told me which had happened he told me that my brother wanted to communicate with me. He said that Gary was holding up the letter B on a sign and he was with the dog that passed over with the letter B. Well mum's dog had just died and his name was Blocker. Then he said, he actually has two more dogs with the letter B. I was gobsmacked because mum had 'Bully" and "Butch" also who had died. What really convinced me more than anything was when he said to me "your brother wants you know he loves the tattoo, he loves the tattoo of the feather". I started to cry because three weeks prior to that reading I had a small feather tattooed on my lower back in memory of Gary. 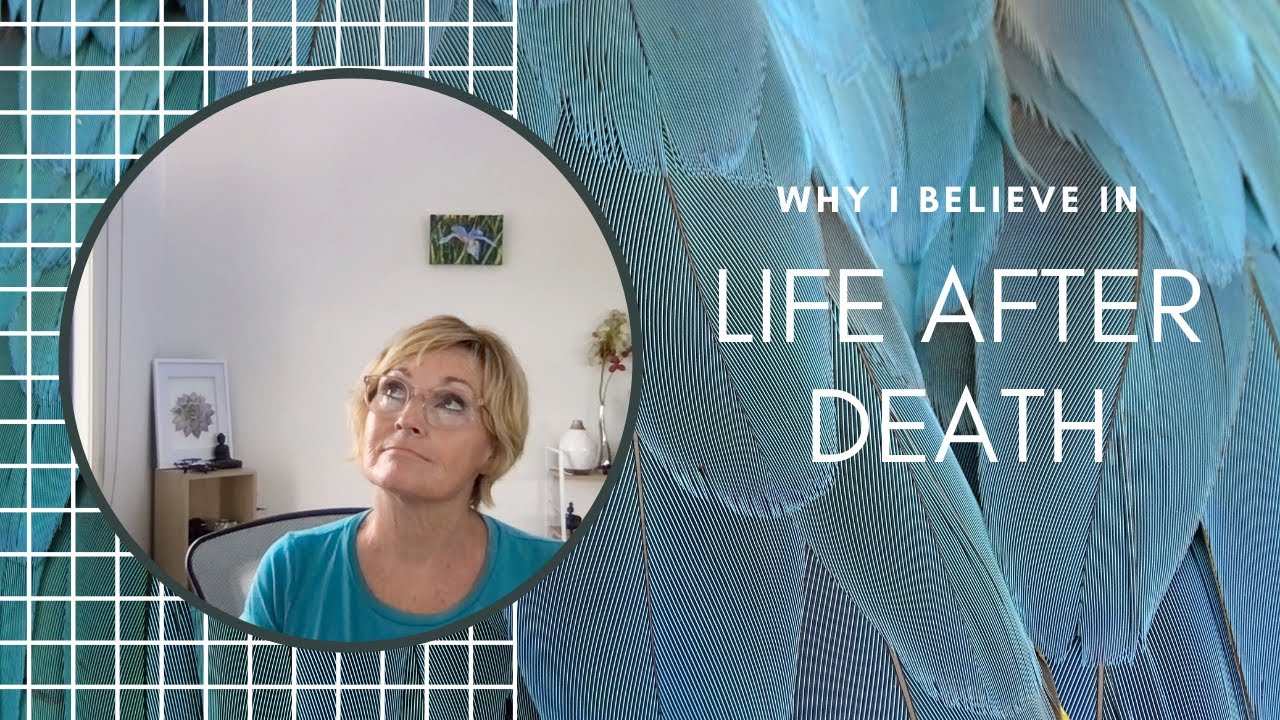